When Emanuele Coccia's wrote down these words for his essay on plants, the earth trembled. The metaphor was only there to serve as a bait, a smoke screen for seducing the reader into his ultimate intention: an exalted ode to the kingdom of plants.
Beyond the unequalled spectacle of appearances they provide us with
- a melodious interplay of ever-changing colors & forms - it is their behavioral model and earthly mission that induces reverence: casually moving, entirely exposed & fragile; yet functioning selflessly to benefit others species.
Mankind's behavior as the antipode.
confined in the iron cage of the ego, his desire driven rampage was inevitable…albeit not irreversible!
Behind the white-washed windows of KEIV and within its modular structure, four artists will reflect & act upon Coccia's paradigm, the nature of perception, interaction, body & the ego's subtle games. Shifts and associations of the senses will be provoked through a variety of mediums; sound, performance, painting and installation. Each artist will explore in their own way the organic intimacy between self and surrounding.
Mirto Noa intends to physically investigate the fluid connection between body & environment, letting her movements be dictated by impulses, senses & noises.
The sonic experiment proposed by Félix Knûfel is designed to expose the machinations of the self-centered human mind, hoping to trigger temporary suspension through sabotage & perception reversal.
Through a series of paintings, Charlotte Nieuwenhuys depicts her vision of her neighborhood, using subjectivity and abstraction as a means to explore how the perception we have of places depends immensely on our needs and sensitivity.
Her practice is not conceptually directed; it does not foresee the next step, and in this approach, she underlines the importance of inter-connectivity: one painting leads and responds to another one.

Finally, Solanne Bernard’ s installation carries the realization of the deceptive nature of clinging to perfection & success yet simultaneously celebrates the acceptance of fragility, weakness & imperfection as valid vessels of beauty.

A result of modern reality with traces to the ancient past.
A burst, as well as a brutal form of introspection, with clear structural elements as well as intense personal stakes. 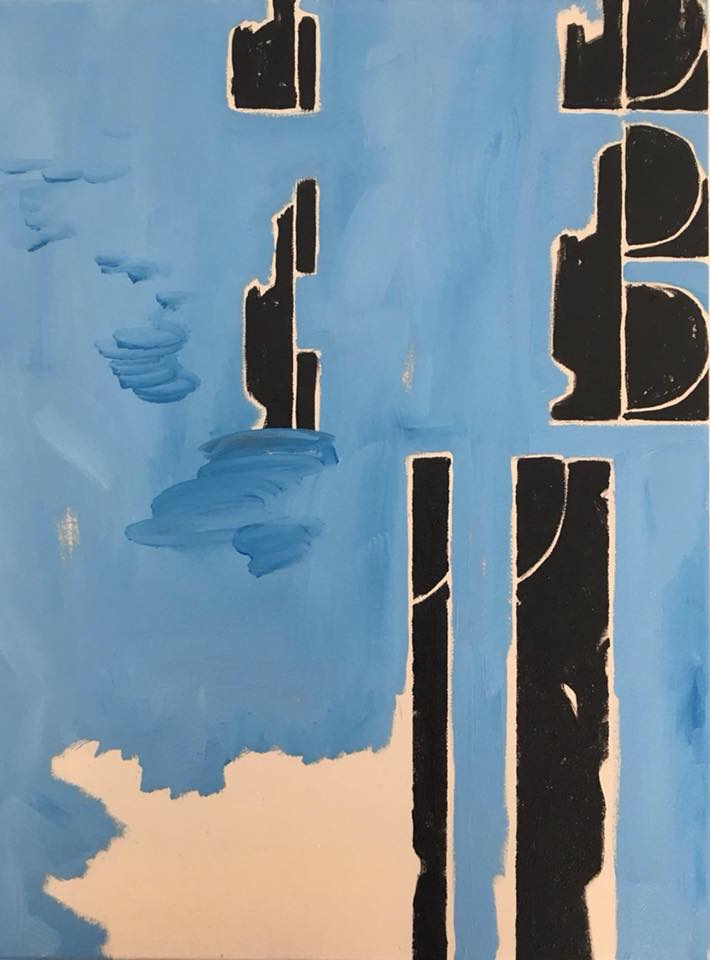 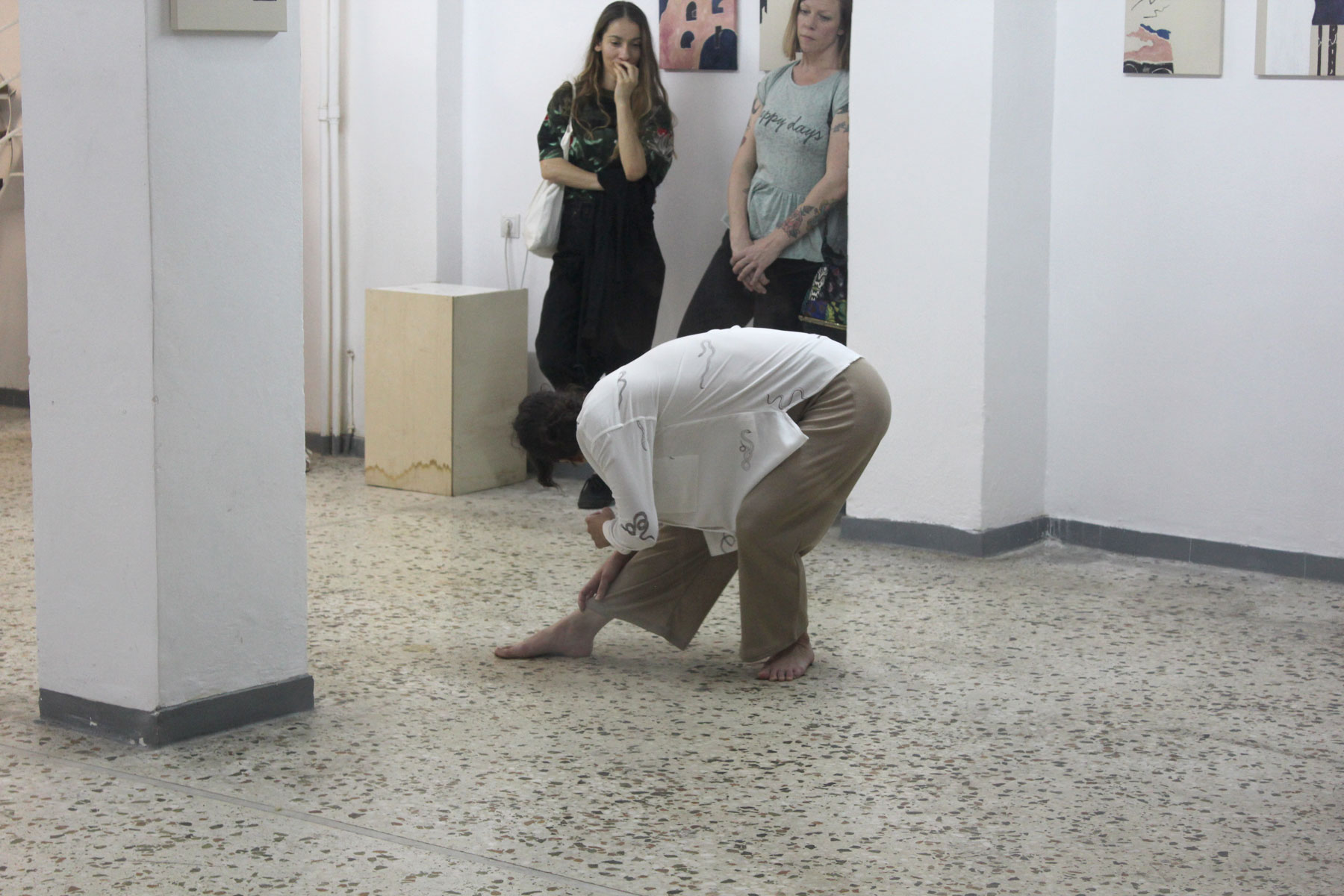